Our global appetite for energy is enormous - and half of that energy comes from oil and gas.

Access to an affordable and reliable energy mix is critical in the modern world. We use energy to power industries, warm our homes, light our cities, cook our food and move our goods and services.

As the United Nations states, "energy is central to nearly every major challenge, and opportunity the world faces today. Be it jobs, security, climate change, food production or increasing incomes, sustainable energy for all is essential for strengthening economics, protecting ecosystems and achieving equity." 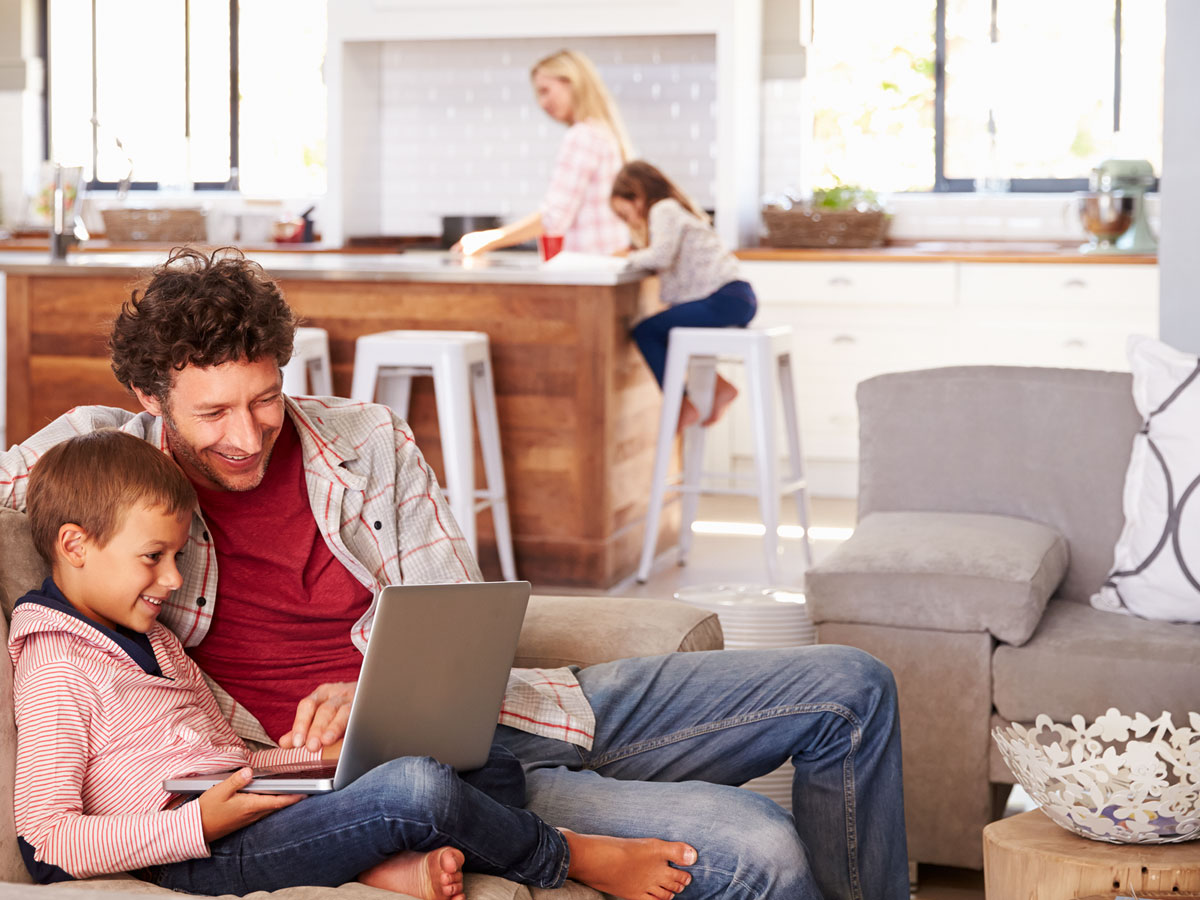 The Importance of oil and gas

Oil and gas have been two of the cornerstones of the world’s energy mix for over a hundred years. Right now, oil accounts for about one third of the world’s primary energy supply. It is over half if you add natural gas.

Oil and gas has provided the world with a high-quality energy source. Because it is a liquid, it is easy to transport and store. It is stable and releases large amounts of energy, while natural gas provides instant energy that is cleaner to burn than coal.

Every year the world uses around 33 billion barrels of oil (each barrel is 159 litres). While renewable energy will play an ever increasing role in meeting the world’s energy demands, it will take many years before renewables are in a position to replace oil and gas.

In fact, oil and gas are still expected to make up around 50% of the world primary energy supply by 2030 and will remain a critical cornerstone of the world’s energy mix for the foreseeable future.

Where does our energy come from?

Around 50% of the world's energy needs are met by oil and gas alone.

While we directly consume some energy sources (like oil for transport and gas for heat), we also consume many of these energy sources once they have been transformed into electricity.

The Global Total Primary Energy Supply (TPES) is essentially a measure of all the individual base energy sources produced around the world. 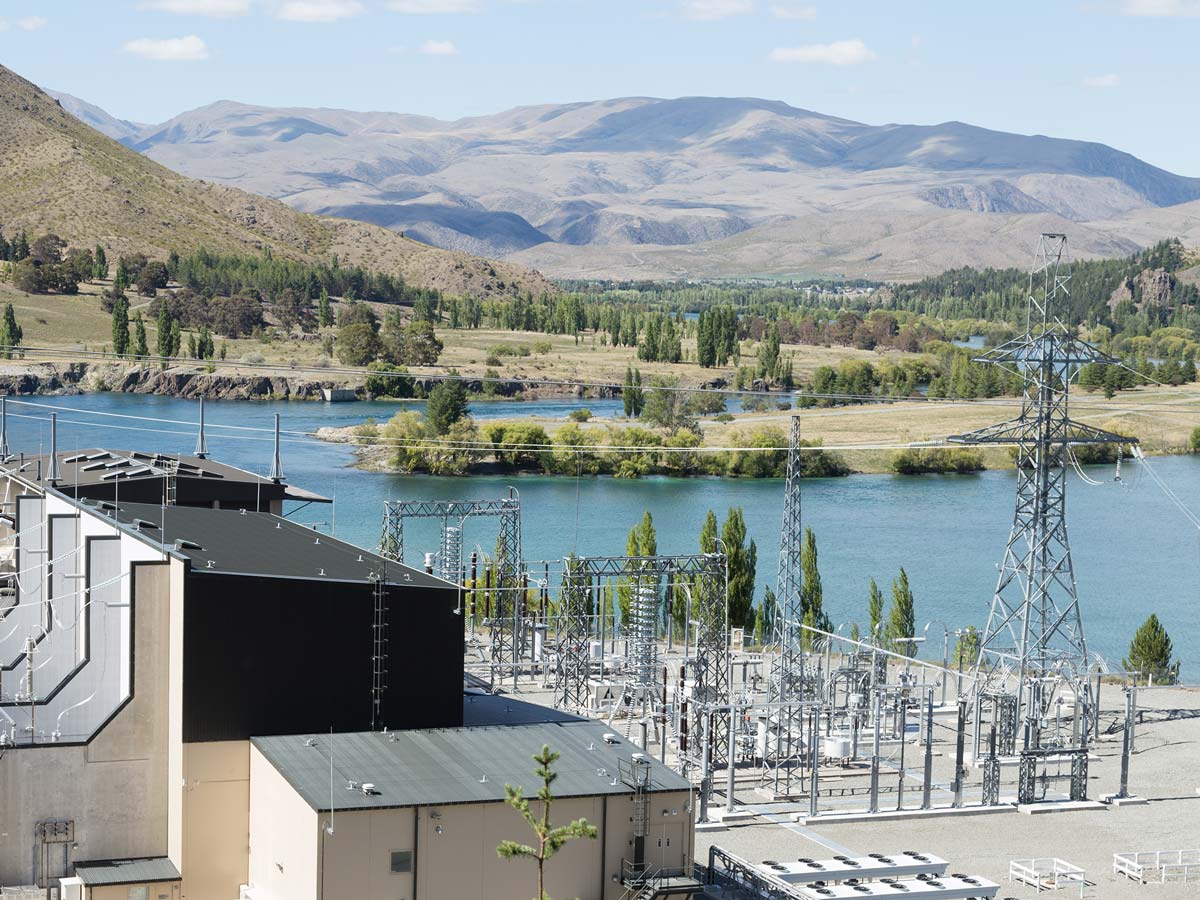 A higher standard of living and energy consumption have had a direct relationship.

Cheap and affordable energy has been critical to improving living standards and helping countries grow their economies.

Our collective sense of wealth, as measured by global gross domestic product (GDP - the size of the world’s economy) has, until very recently, shown a one to one relationship with energy consumption.

That means, to increase our standards of living standards, we have had to use more energy.

As the table below shows, energy is fundamental for a high quality life and, broadly speaking, those countries with the highest energy consumption also have the highest standards of living. 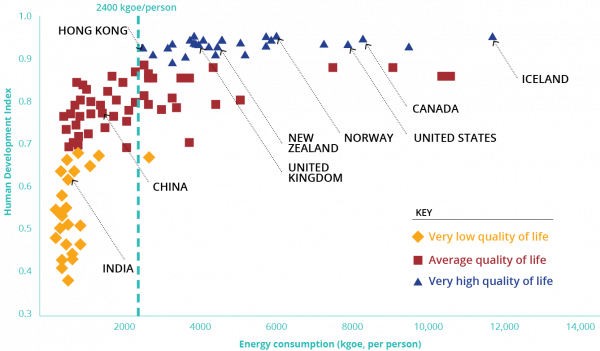 In the last two decades mature economies, like those in OECD countries, have begun to see a decoupling of energy consumption from wealth creation as those developed economies shift to less energy intensive economic activities, generally seen in a transition from heavy industrial production and manufacturing to service-oriented activity by increasingly urbanised populations.

For example China, which has until very recently been increasing it’s GDP through intense energy and commodity consumption, is currently transitioning into less intensive energy economy, as seen in the slow decrease of its imported energy and commodity requirements, and diminishing rates of growth per annum.

How are we consuming energy?

The map below shows the pattern of total energy consumption across the world. Developed countries in the OECD and non-OECD Europe and Eurasia consume the highest percentage of total energy, while developing countries consume less.

This pattern of energy consumption is changing, with larger percentages of consumption expected in Asia, the Middle East, Africa and South America. 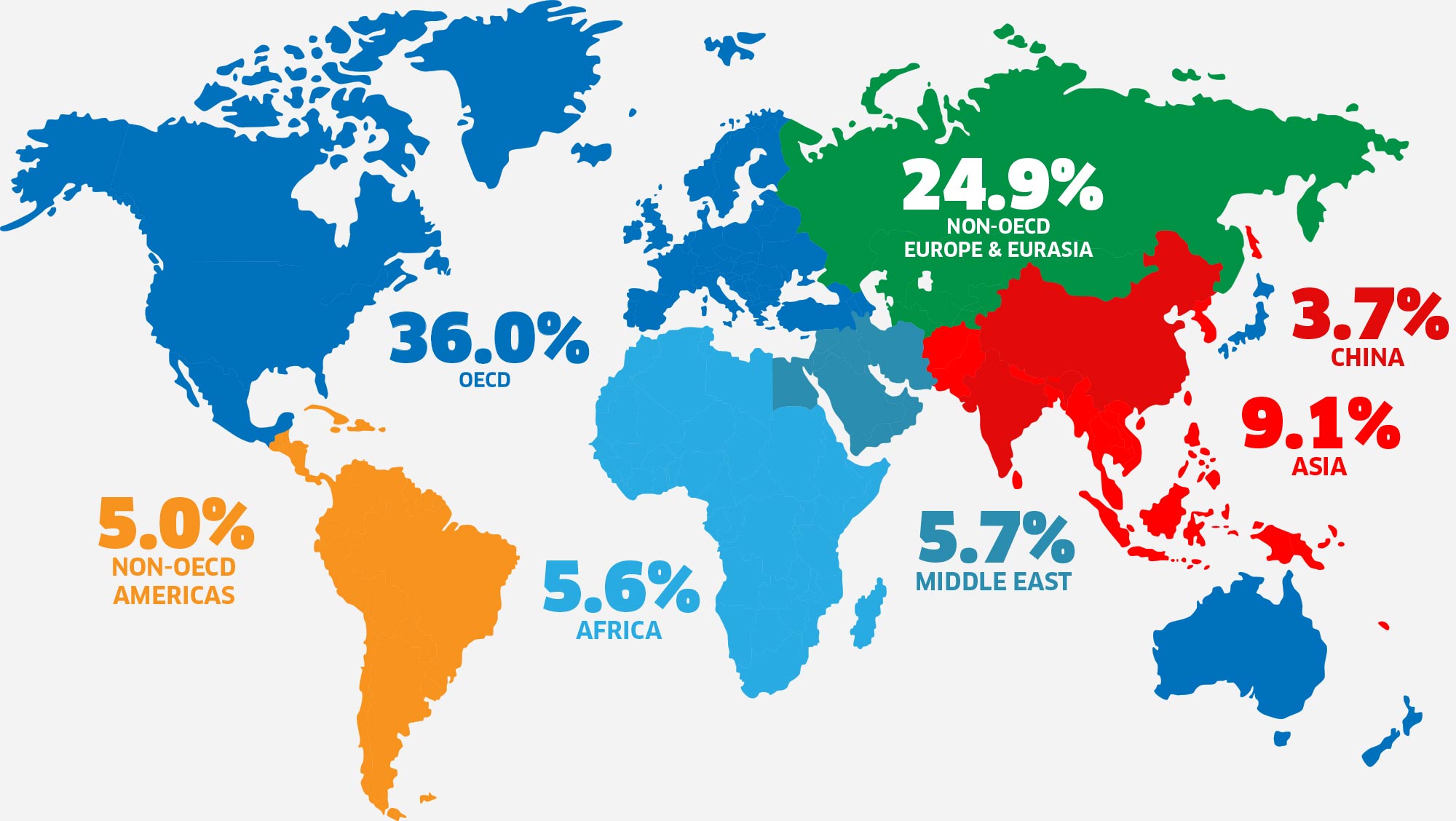 Too many people around the world still don't have access to basic energy, including electricity. 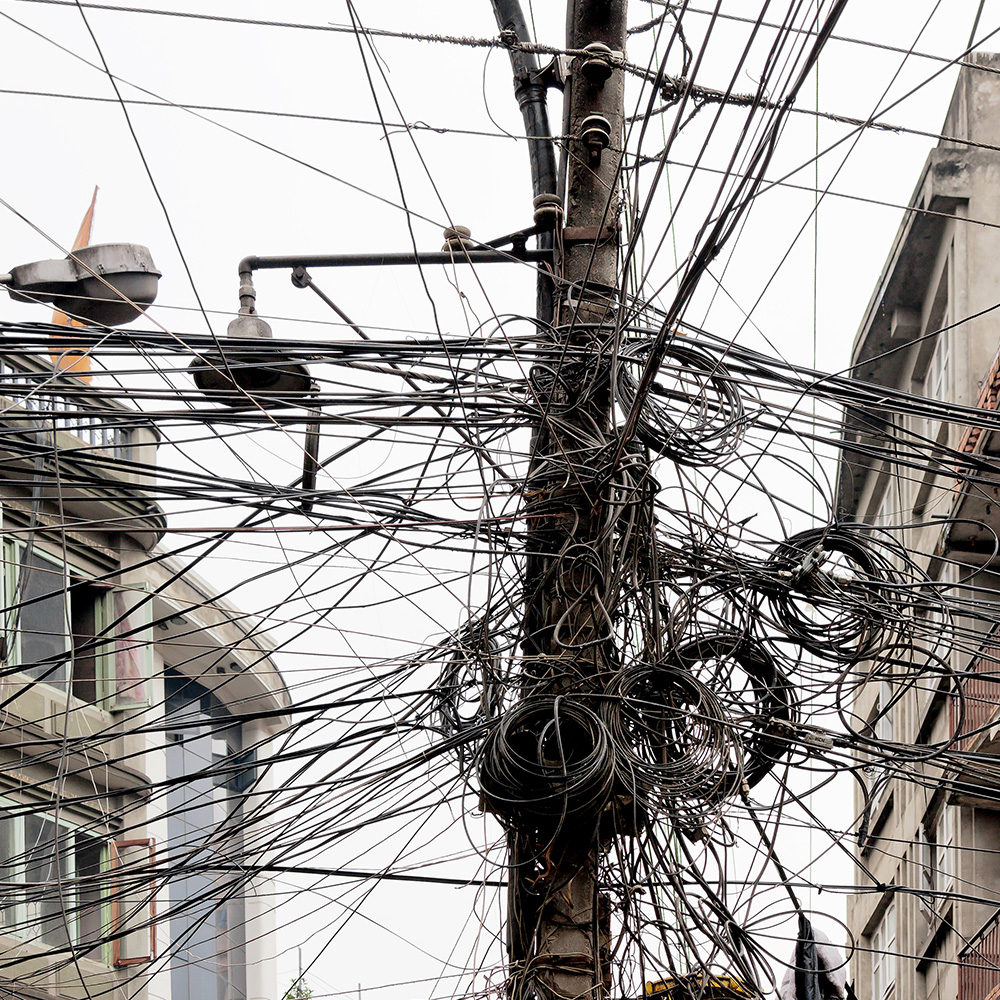 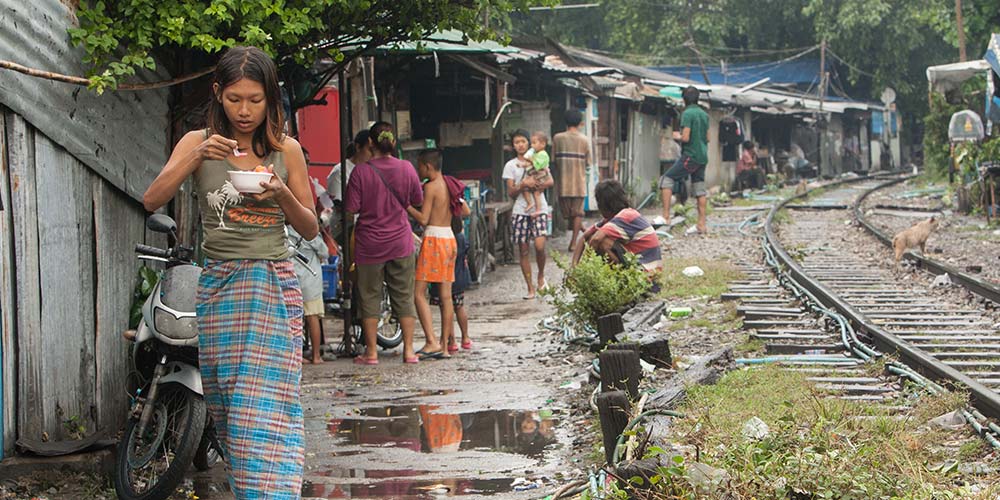 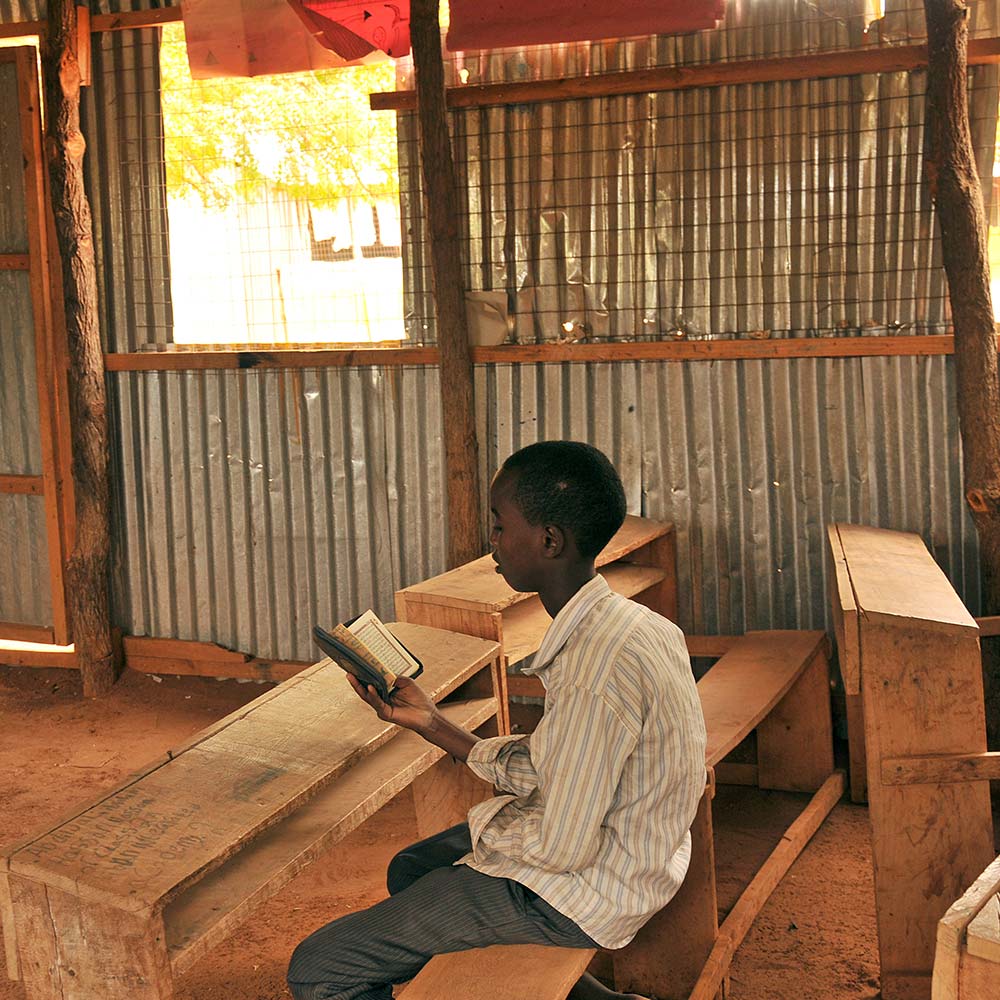 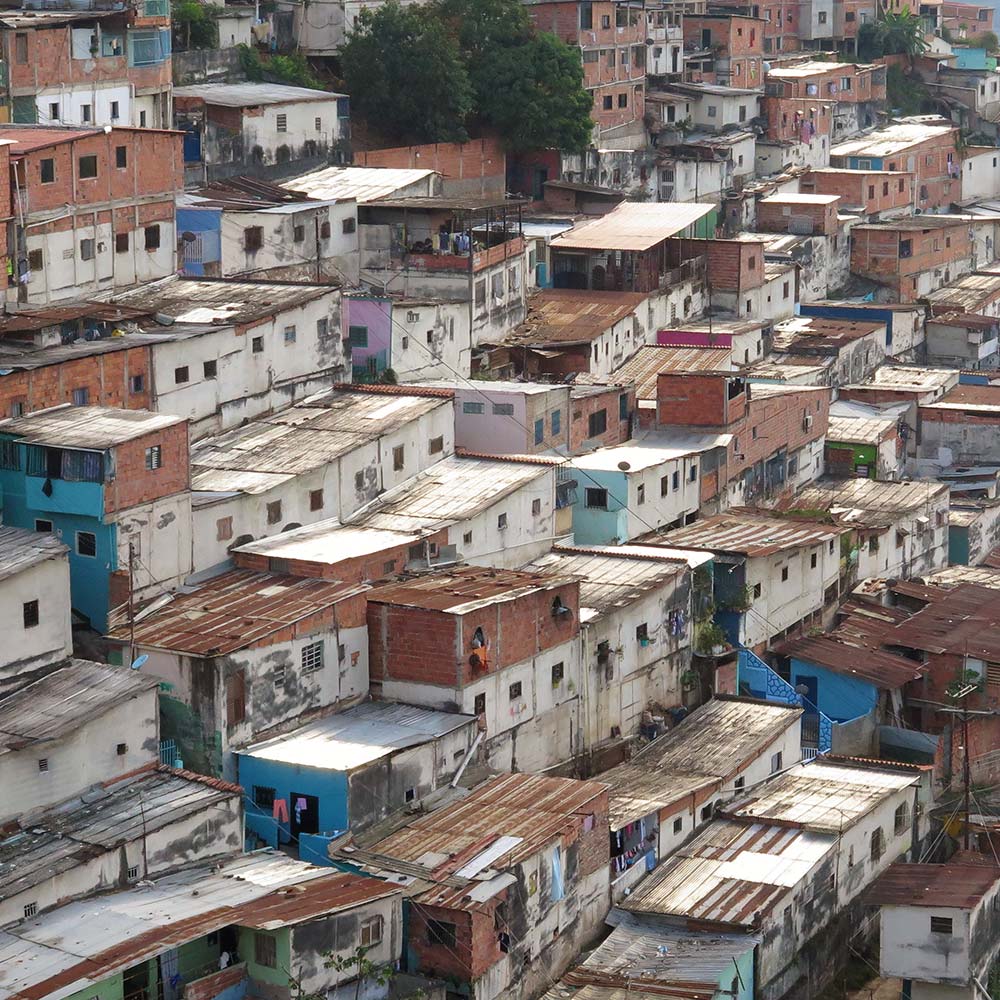 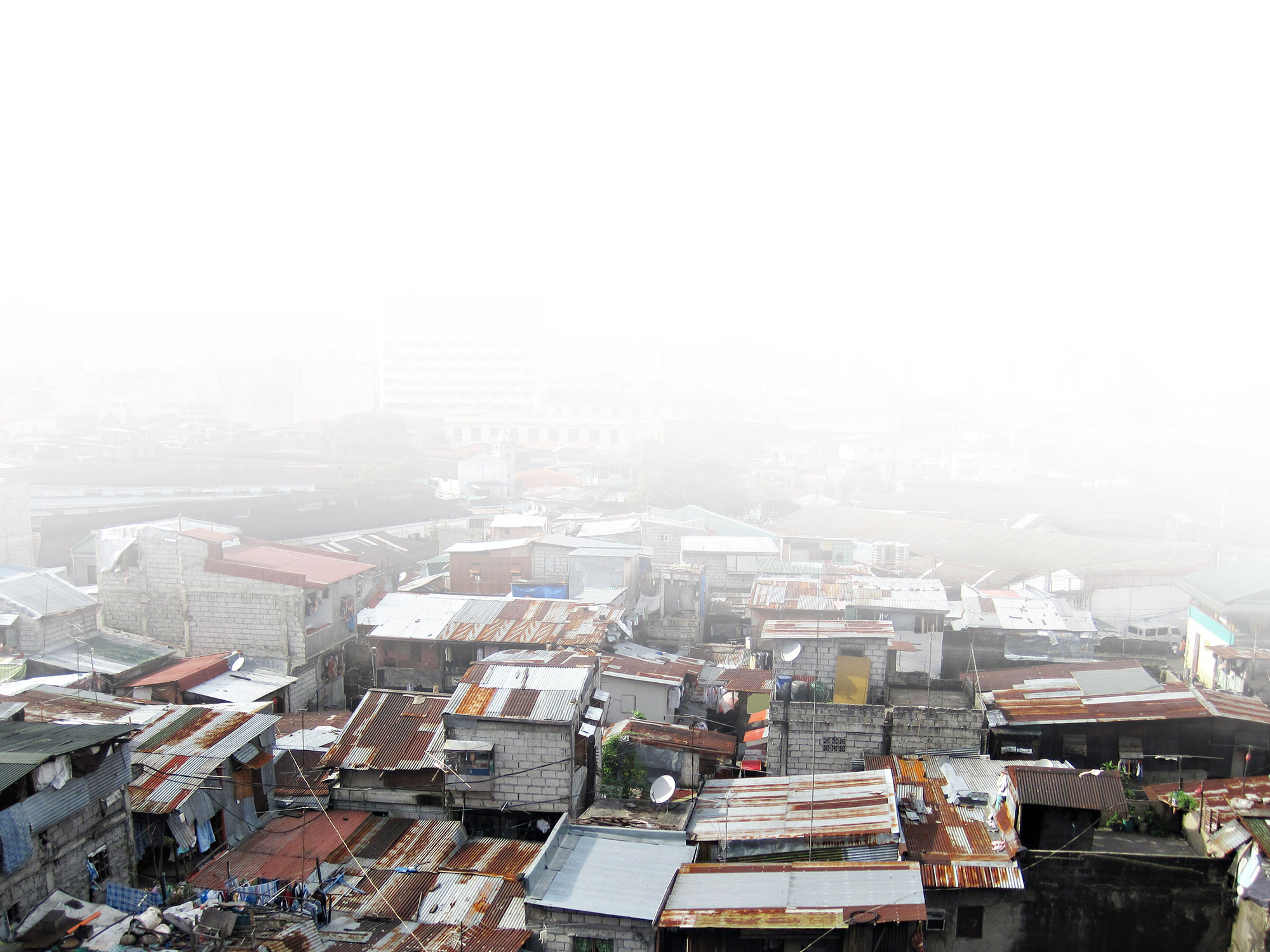 Currently, of a total world population of 7.6 billion people, there are 770 million people who have no access to electricity.

Nearly three billion people rely on traditional biomass (such as wood and charcoal) for cooking and eating.

Lack of modern energy stifles economic activity and hampers provision of basic services such as healthcare and education, preventing economies from growing and trapping people in poverty.

To meet this goal, a range of energy sources will be required – both renewables and fossil fuels – in a sustainable manner that meets the world’s energy needs while also protecting the planet.