Many companies have built their ongoing success on oil and gas contracts.

The skills, technology, and standards developed through involvement in the oil and gas industry have helped New Zealand companies to expand and pursue offshore opportunities.

The success and growth of Port Taranaki is inextricably linked to the Oil and Gas industry.

Port Taranaki is geared to deal with the oil and gas activity and has the infrastructure and expertise onsite to service it. Crude oil is the highest volume product item transported through Port Taranaki, followed by methanol and petrol/fuel oil. 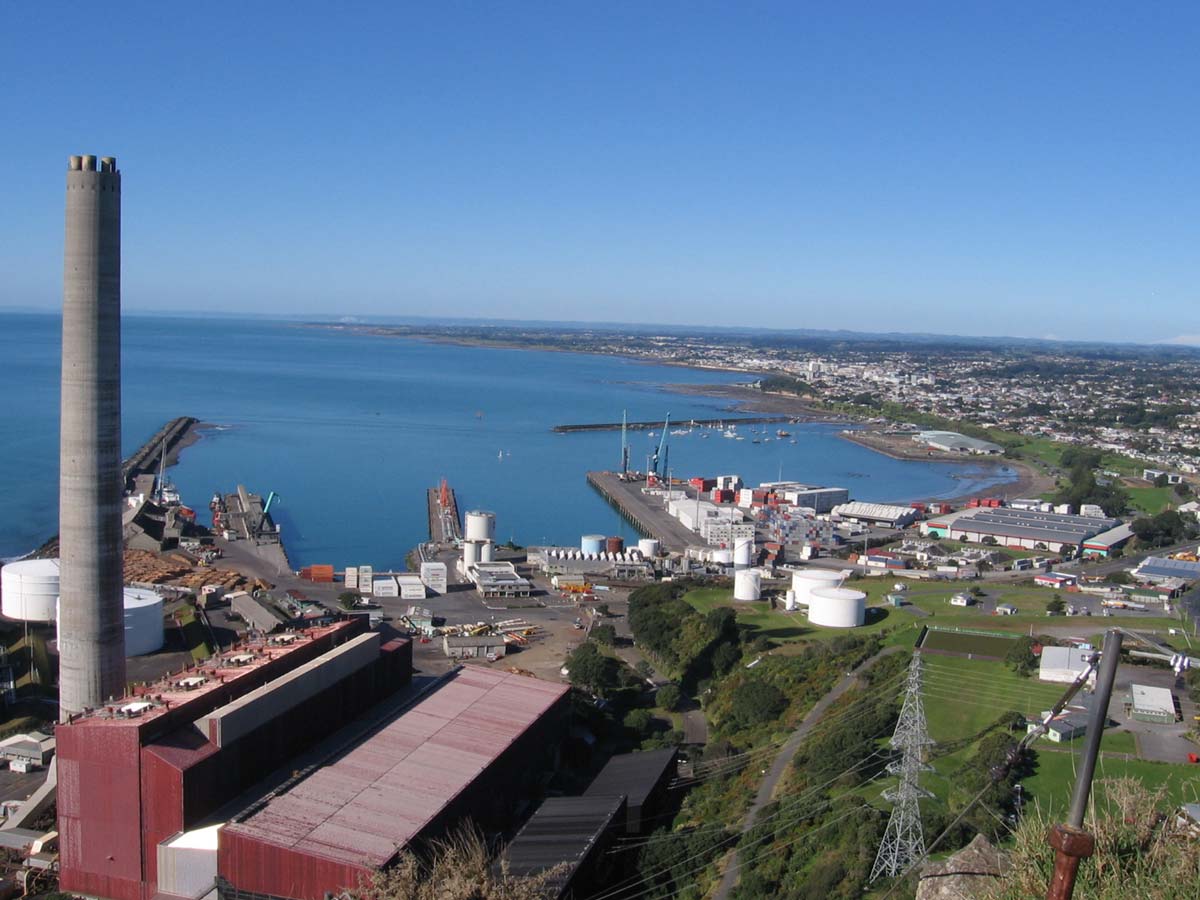 Port Taranaki is the hub around which 41% of Taranaki's GDP is produced, and has accounted for the employment of close to 1,500 full time equivalent jobs (FTEs).

Port Taranaki has evolved specialist oil and gas industry services and is the base for servicing and supporting New Zealand’s offshore oil and gas fields. The port provides a range of specific services:

Connectivity with industry product storage areas. A range of storage facilities such as tanks owned by commercial entities, store oil and condensate for a number of producers, which are connected to Port Taranaki.

Hub for seismic vessels and other specialist craft which require Port facilities as a base for their offshore operational work and the services of a support industry located only in Taranaki.

Offshore supply base. Supply boats and other support vessels regularly servicing offshore fields are provided with wharf side laydown, potable water, bunker and bulk loading facilities. Dedicated craneage is also available up to 100t at 45m.

These facilities are supplemented by specialised onshore companies providing the full range of offshore support services.

Wharf side land and covered storage and tanks.

A range of suppliers

Many local companies support the Oil and Gas industry, providing services at every stage of asset development. 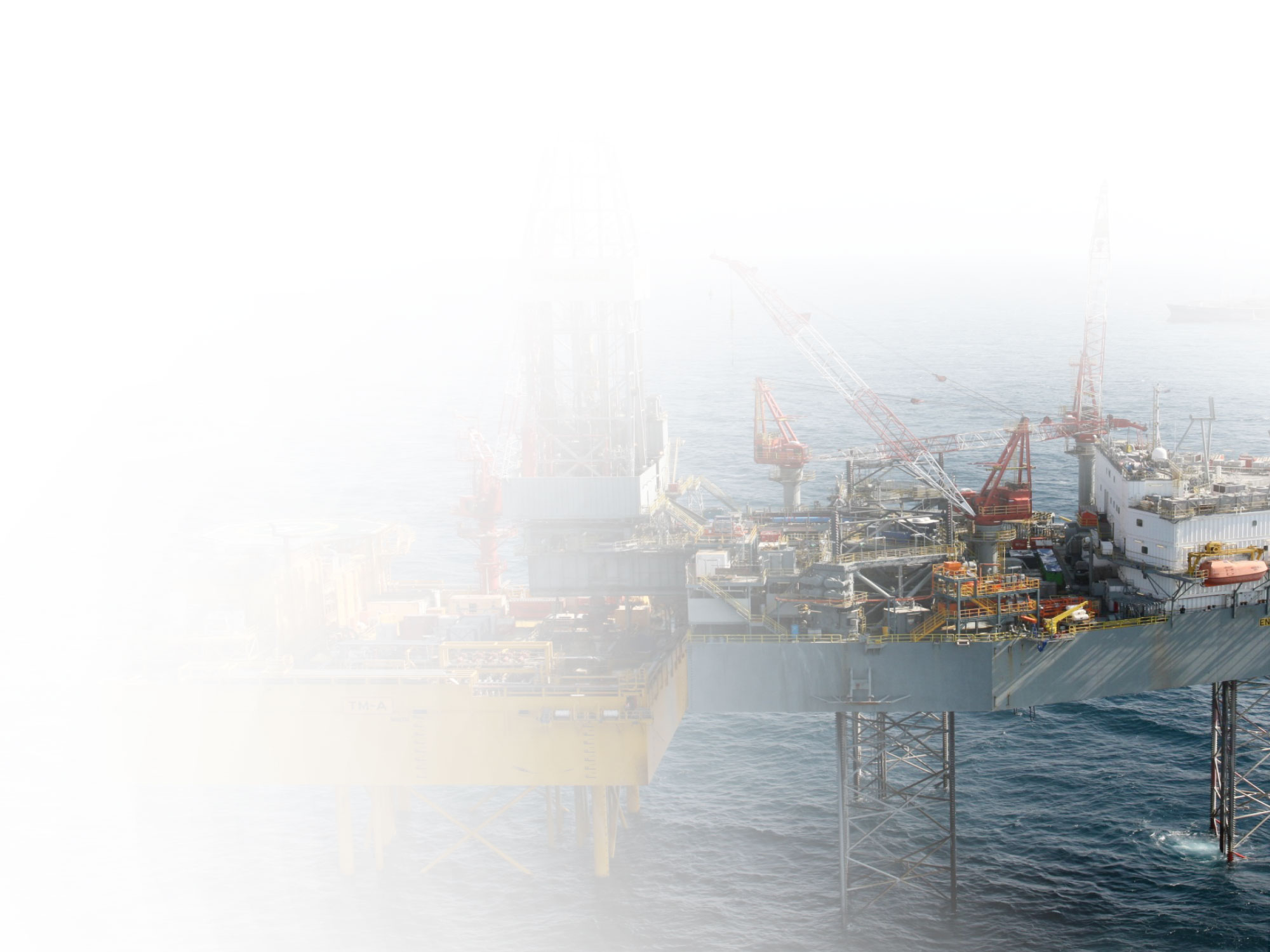 A privately owned New Zealand company, the industrial electrical and instrumentation expertise of JLE has been involved in some of the nation’s major oil and gas projects. This has included the provision of specialist project management, material supply, installation, testing and commissioning of instrumentation and electrical works for the Kupe Production Station in South Taranaki and their offshore wellhead platform as well as work programmes associated with the offshore floating vessel/production station (FPSO) for the Tui oil field.

JLE’s involvement in this latter project commenced in the Kepel Shipyards in Singapore with scoping and work package development, followed by the supply of electricians, instrumentation technicians and automation engineers to complete the work while the FPSO Umuroa was anchored 52km off the coast of Taranaki over the Tui Oil Field.

More recent work has included the provision of instrumentation and electrical expertise for the offshore Maari oil field, Pohokura Production station and Todd Energy LPG Plant. The wings of JLE have continued to spread around the globe with their company expertise involved in projects in Australia, Papua New Guinea, Canada, United States and Brunei. 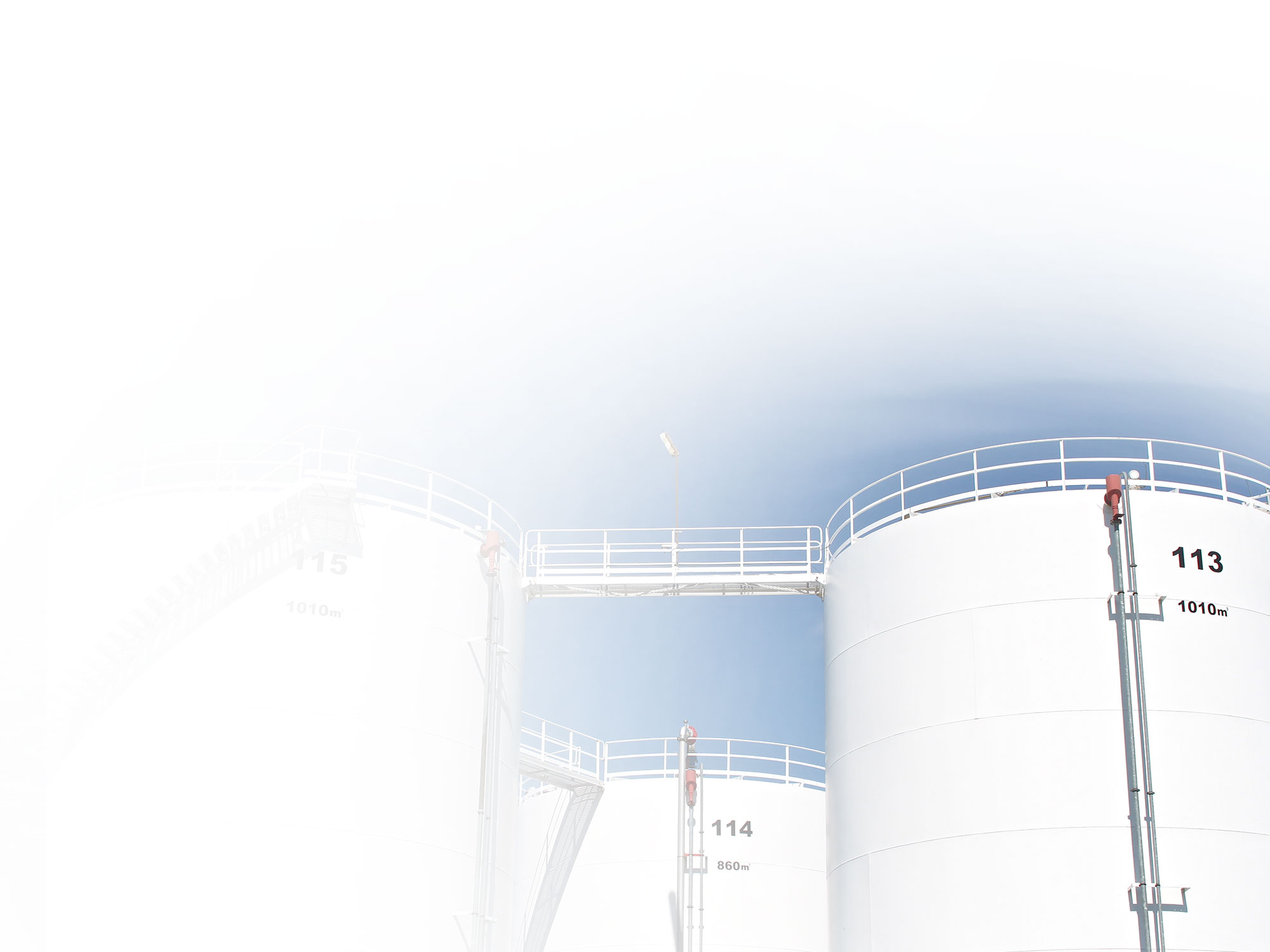 A Growing International Client Base: DFE

Drilling fluid, often called drilling muds, are used extensively in drilling operations to bring the drill cuttings to the surface during operations. There are requirements for equipment to store drilling fluid and to help with their treatment and disposal. It is in these areas that DFE specialises, especially through the provision of mud tanks and associated equipment such as screens and shakers.

The company has also designed and developed innovations such as a drilling mud temperature control system which is proving popular in the Middle East where they are drilling holes up to 5km deep. When drilling at this depth the earth’s temperature is higher so additives in the drilling mud need to be kept at a certain temperature otherwise they lose their effectiveness.

While its head office remains in New Plymouth, DFE has set up offices in Melbourne and Oman to service its international client base. 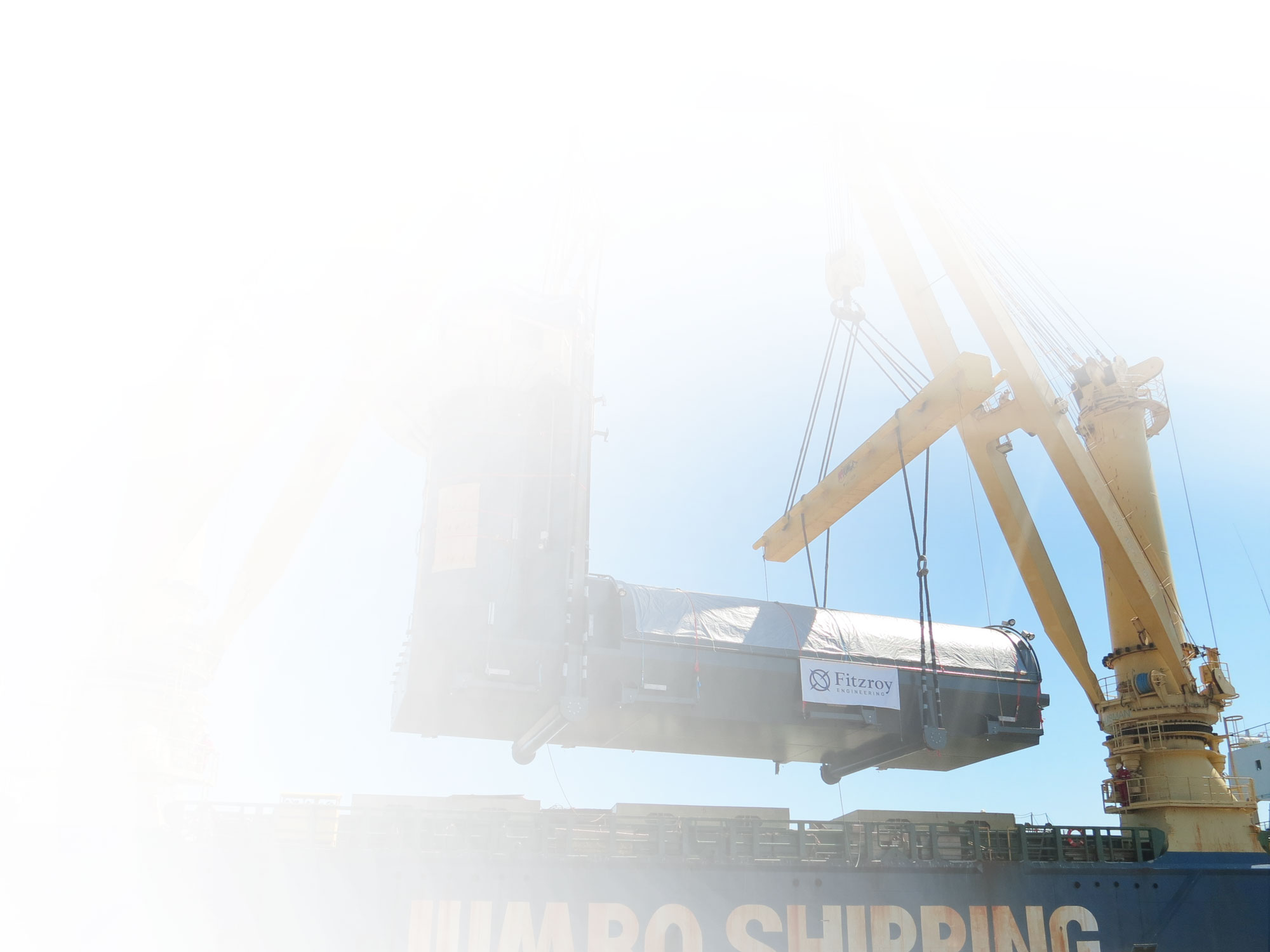 From 'Think Big' to even bigger: Fitzroy Engineering

Fitzroy Engineering is a provider of heavy engineering, construction and maintenance services particularly to the Oil and Gas industry. Once a small engineering firm, the company developed significantly during the 1970s and 80s working alongside international firms during the development of Maui and 'Think Big' petrochemical plants.

Today Fitzroy employs several hundred personnel and boasts a track record of substantial projects which include construction of the Shell Catalytic Reactor (the largest and most detailed pressure vessel ever fabricated in New Zealand); the provision of fabrication and project teams for the Pohokura re-injection plant, and the ‘restart’ of the Methanex Waitara Valley as well as turnarounds at their Motunui plant methanol operations.

Being awarded the EPC of the Yolla Mega Module has been a particular highlight for Fitzroy Engineering. This included the construction of a 35m long accommodation unit to be attached to the offshore Yolla gas platform in Australia’s Bass Strait enabling the facility to be converted from an unmanned to a manned operation. The completed module incorporated bunkrooms, a state of the art kitchen, mess hall, laundry, gymnasium, offices, associated power and water facilities and even a fire-fighting installation. 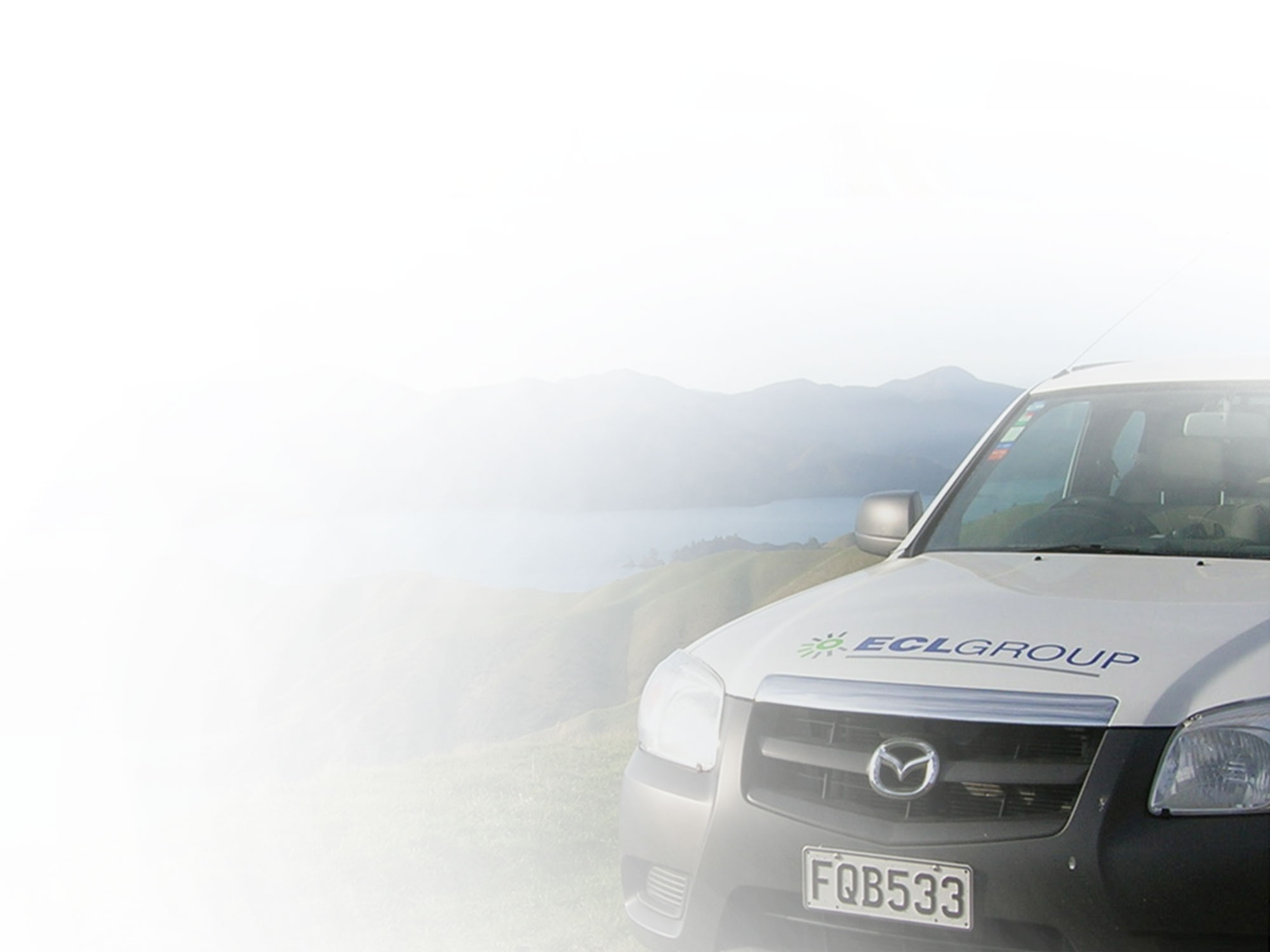 From humble beginnings solving Y2K issues in a Taranaki garage, ECL has grown to become one of New Zealand’s foremost instrument and control specialists in the oil and gas industry. The 'Millennium Bug' gave founders Guy Heaysman and Greg Chapman an opportunity to introduce their expertise and build solid relationships across Taranaki’s oil and gas and other industries. From there, the number of Oil and Gas industry customers grew to the point the pair required additional staff, outgrowing the garage.

ECL specialises in process control and automation. Each plant has a distributed control system with the software that runs the plant written and commissioned by ECL to enable it to run automatically and safely across the lifespan of the project – from delivery to installation to ongoing maintenance. Recent successes include involvement in the development of the Todd Energy MET2 and Mangahewa Field developments.

Their work has extended from the Kupe Production Station to working on the Cheal Production Station, from green field site to operation. Today Guy and Greg are joined by a team of over 25 engineering staff, and have established an Australian office exporting its oil and gas expertise across the Tasman. 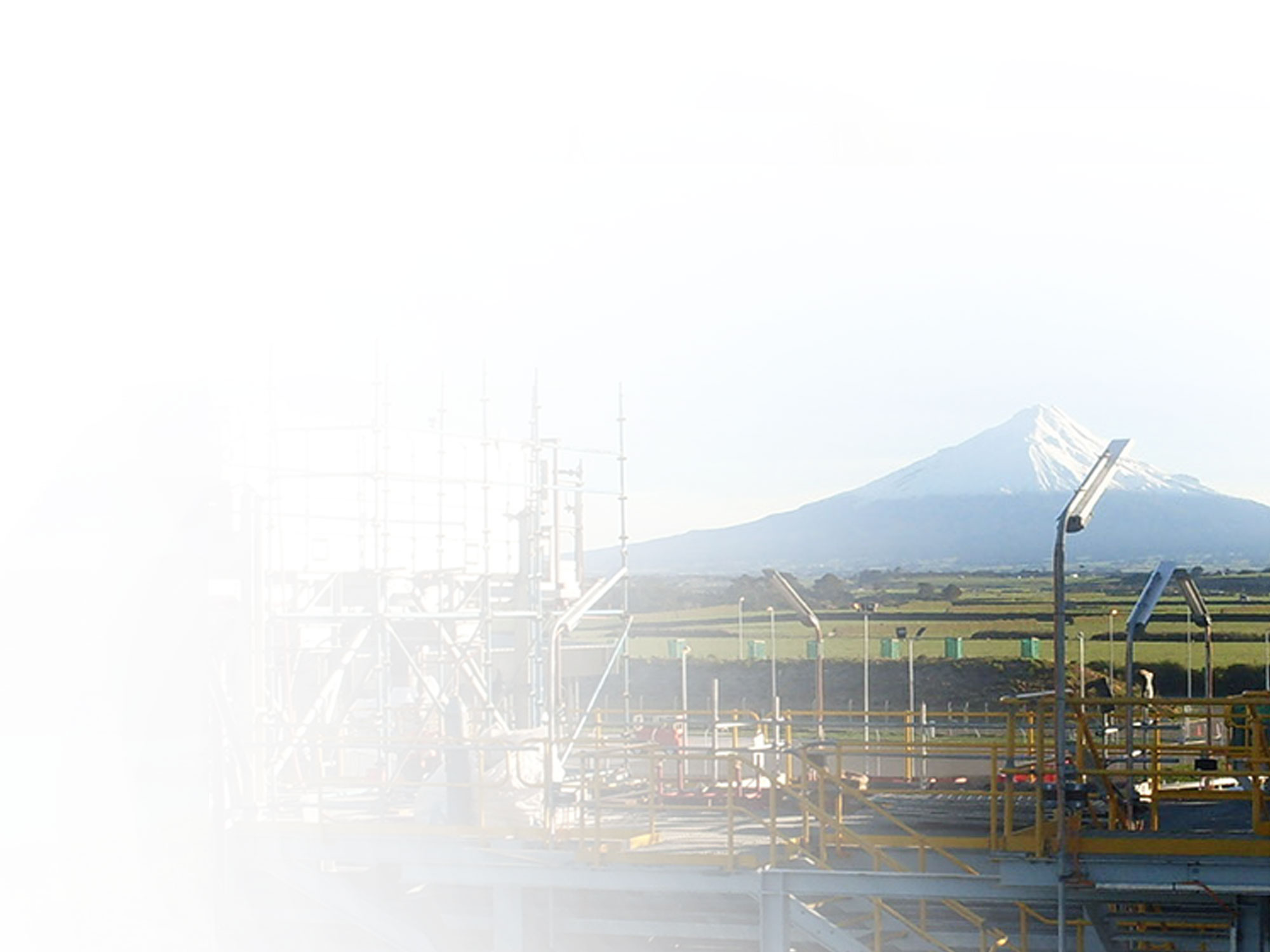 Formed in 1984 with a focus on Taranaki’s emerging petrochemical and oil and gas industries, Wells gained a number of initial contracts carrying out instrument and electrical work on the gas pipeline block valve and compressor stations and the commissioning activities around the Motunui ‘Gas to Gasoline’ plant. More recent projects have included the provision of technical staff to South Taranaki’s Kupe Production Station, I&E construction activities at the Contact Energy Stratford Peaker Power Station and an ongoing involvement with WorleyParsons and the STOS Integrated Services Contract.

This experience, and the positive track record built throughout the Oil and Gas industry over the last thirty years, has positioned Wells as one of the key companies in Taranaki’s supply chain.

While the Oil and Gas industry has been the backbone of the company’s growth, it is the exposure to the industry’s stringent health, safety, quality and business management systems that have had a bigger impact – opening doors to broader energy and industry projects and becoming an integral part of Wells’ philosophy, competitive advantage and point of difference. The company has benefited not only from the oil and gas work itself, but the opportunities to build long-term, mutually beneficial relationships with new clients across other industry sectors.